Which foods are toxic to dogs?

Most dogs tend to show up at dinner time, prowling around the table in hopes of a donation or two from their owner’s plate. It’s hard to resist an eager and hungry pooch, but something in the back of your mind may tell you that the slice of chocolate cake or chicken drumstick may not be the best choice for sharing.

There are a lot of myths and wives’ tales about what pooches should and shouldn’t eat, but here are some expert opinions on foods you should definitely keep out of your dog’s reach. 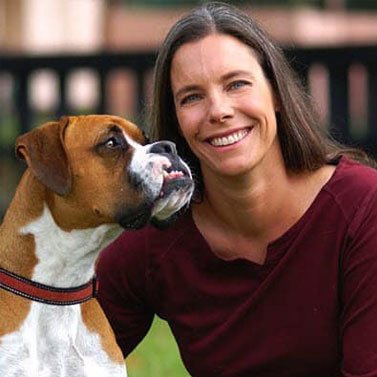 Dr. Jennifer Coates was valedictorian of her graduating class at the VA-MD Regional College of Veterinary Medicine and has practiced in Virginia, Wyoming, and Colorado.

Many different types of foods are known to be toxic to dogs. Grapes and raisins, for example, can lead to kidney failure in some dogs. Certain individuals appear to be more sensitive than others and can die after eating just a few grapes or raisins. Xylitol, a commonly used sugar substitute, often leads to dangerously low blood sugar levels and sometimes liver failure in dogs. Most owners are aware that chocolate is dangerous for dogs, but they may not know that darker varieties are more toxic than are milk chocolate or white chocolate. Dogs who eat macadamia nuts can become weak, lethargic, depressed, and may vomit and become unsteady when standing or walking. It is also important to avoid feeding dogs very fatty foods to reduce their risk of pancreatitis.

This is not a complete list of dangerous foods for dogs. Always talk to a veterinarian before giving your dog any new food.

I’d say to stay away from:

When it comes to conventional drugs it is important to evaluate the reacting ingredients for they can have harsh effects on your pup that might affect their stomach lining and their overall nervous system. There are many other ways to treat certain symptoms with natural remedies. Natural, organic oils like hemp-derived CBD, turmeric, and coconut oil work wonders on many diseases and symptoms. CBD works great with pain, turmeric on inflammation and coconut oil as an antiseptic. Always consult your vet before trying any of these. 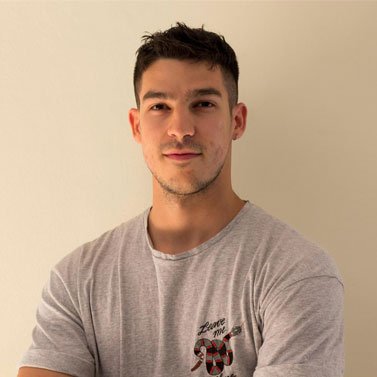 Born and raised in Puerto Rico, Hermes is highly motivated by the arts and the digital world.
He has a BA in Anthropology with an emphasis in Archaeology from the University of Puerto Rico where he experienced the richness and diversity of humanity with a holistic outlook.

Sara Redding Ochoa, DVM graduated in 2015 from St. George’s University. Since graduation she has been working at a small animal and exotic veterinary clinic in east Texas, where she has experience treating all species. In her free time, she likes to travel with her husband, bake yummy desserts, and spend time with her pets.

Xylitol: This artificial [sweetener] can cause a dog’s blood sugar to reach dangerously low levels. When the blood sugar gets very low without medical intervention, a dog will start having seizures and could eventually die. Even if the low blood sugar levels are caught and corrected, Xylitol can also cause liver failure

Avocados: They contain a compound called persin. This is very toxic to dogs and will lead to vomiting.

Onions and Garlic: Both foods in large quantities cause destruction of the red blood cells which cause a dog to become anemic. An anemic dog is very serious and usually requires a blood transfusion. The blood is how oxygen and nutrients are delivered around to all the other organs in the body. With low blood levels, most organs are not getting the proper oxygen and nutrition that they need.

Other toxic foods include alcohol, bones from food, walnut and macadamia nuts, mushrooms, caffeine, some over-the-counter medications, and fruits with large seeds.

The list of foods that are toxic to dogs keeps growing along with changes in the way food is produced. For example, more foods containing the sugar alcohol xylitol are being manufactured. Often pet owners aren’t aware that a commercially produced food like ice cream, baked goods or any sugar-substituted item could contain xylitol until it’s too late. It doesn’t take much xylitol to cause serious problems like liver failure, seizures and blood sugar issues. If your dog eats a xylitol-containing food, get him to a veterinarian immediately.

Grapes are also a toxic food that should never be fed to dogs. It’s an easy treat to give if an owner doesn’t know about the potential toxicity. Grapes have a fun, bouncy size/shape and sweetness which a curious dog might try if given the opportunity. Just a handful of grapes are bad news, and if your dog eats them expect to see vomiting as a first sign something is wrong. If you notice your pet has eaten grapes, rush them to a veterinarian to induce vomiting right away. Grape toxicity is nothing to mess around with because it doesn’t take many grapes to cause kidney failure.

Both onions and garlic feature fun, ball-shaped bulbs that an inquisitive, play-minded dog could become excited about. Hold on, Snoopy! Onions contain a toxin known as N-propyl disulfide which breaks down red blood cells through oxidative damage. This is known as Heinz body anemia, a condition in which Heinz bodies destroy the membrane of the red blood cell, which creates anemia. Weakness, pale gums, loss of balance and red or brown urine are symptoms.

Onions and garlic share common toxicity symptoms. Your pet would have to eat a lot of garlic to cause toxicity, but it’s tasty and a dog will easily go for garlic. Garlic is more potent than onion and could produce the same damage to red blood cells. Also, garlic powder is more concentrated so avoid using that on your pet’s food. You should call your veterinarian or poison control if your pet is exposed to garlic or onions.

NOT A FOOD BUT WORTH MENTIONING:

An increasing number of pets are being diagnosed with marijuana toxicity. As marijuana laws are changing, so is the exposure that pets have to the drug. The first thing an owner should do if they end up with a dog with this type of poisoning is be honest with your veterinarian about what’s happened. That will expedite the care and treatment of your pet. Since clinics are seeing more of this, rest assured you aren’t the first person to come in with a case of this nature, and we are only in the business of providing the best care for your pet, not judging or getting law enforcement involved if you live in a state where marijuana isn’t legalized. The amount of marijuana your pet has ingested correlates with the number and severity of symptoms: dazed expression, stumbling, vomiting and lethargy. This can affect the heart, body temperature regulation and brain activity.

Carlee Linden is a Pet Expert and Content Management Specialist for BestCompany.com and manages the Online Pet Store and Pet Insurance blogs. When she’s not at work, Carlee can be found online shopping or redecorating her apartment.

While it can be tempting to share a snack with your pup, it can actually do more harm than good. In 2017, the ASPCA Animal Poison Control Center (APCC) published an article stating the top ten pet toxins. Surprisingly, human food was listed in the number three spot. 10.9% of the 2017 APPC cases were the result of humans feeding their pets human food.

To help pet owners avoid having to take their pet to the vet, here are a few people foods they should avoid giving their dog:

Raw Dough
One of the most dangerous people foods your dog can eat is raw [bread] dough. When making bread, yeast releases ethyl alcohol and carbon dioxide into air bubbles into the dough. If your pup eats raw dough before the yeast has fully risen, the dough will continue to expand and rise in your dog’s stomach. Best case scenario is that your dog experiences some mild discomfort, gas, and bloating. In the worst cases, eating raw dough can cause your dog’s stomach to twist or tear (a life-threatening situation).

Chicken Bones
Despite what we’ve seen in cartoons, giving your dog a bone is actually quite dangerous. While your dog might be giving you puppy eyes for the leftovers, chicken bones are hazardous as they are susceptible to splintering. If your dog has a piece of chicken bone lodged in their throat, they are in danger of choking. If the bone does manage to make it past the throat, it can rupture or puncture the digestive tract resulting in internal bleeding.

Cherries
There are a couple of reasons why cherries are a hazard for dogs. First, cherry pits will cause an intestinal obstruction. If your dog ate some cherries with pits, be on the lookout for constipation, vomiting and a decreased appetite. If any of these symptoms appear, it is best to take your pup into the vet right away.

Another reason cherries are dangerous for dogs is the fact that all cherries contain cyanide, which is toxic and may cause poisoning. While one or two cherries might not be enough for a visit to the vet, the risk of poisoning is increased the more cherries your dog eats. Dog owners should look out for difficulty breathing, bright red gums, dilated pupils, diarrhea, or in some cases, shock. Keep an eye on your pet for at least 24 hours.